We hope you enjoy viewing their beautiful artworks and to learn a little more about each of them; –

Jennifer paints the world around her as she sees it.  Her work is primarily influenced by the beauty, shapes, subtleties and complexities within a landscape. Although she mostly works in oils, she also uses mixed media to include collage and impasto techniques to produce bold works of abstract art on large canvases.

In 2011, Jennifer travelled to Afghanistan as co-curator of a cultural exchange program and worked with female students at a contemporary arts centre in Kabul.  Upon her return she was eager to recapture her experiences on canvas.  Her Afghanistan series encompasses memories of Islamic mosques, blue Afghan burqas, chaotic traffic, unidentified graves on barren rocky hillsides, war-ravaged buildings and snow-capped mountains.

Her excellent work, ‘Shattered Peace, Kabul’, reflects the beauty and fragility of the historical buildings in the midst of a conflict that has been endured for over 30 years.

Her works ‘Hidden Identities’ and ‘War Outside, Conflict Within’ utilise the burqa to reflect traditional daily life enduring within a complex society.

While westerners only look on from the outside at women wearing the burqa, Jennifer pondered how the world might look from inside the garment. Experimenting with her own burqa purchased in Kabul, she examined the outside world as seen through the cloth “grille” on the burqa. She found that women who wear burqas see the world differently, as a soft-focus blur of colours viewed through the cloth squares.

Her time spent in such a volatile and war-weary country was a life-changing experience for Jennifer. The country and its people occupy a special place in her heart and she continues to do what she can to help, in particular for the women and children there.

For those who may be interested in learning more about Jennifer’s experiences in Afghanistan, she has been invited to give a talk at the New England Regional Art Museum in Armidale, NSW on the 28th July.  The event is a fund-raiser for The Friends of NERAM.

Helen was born in Liverpool, England and came to Australia as a child. She now resides in Thirlmere, near the southern highlands of NSW.

Although Helen works mostly with oils, she also enjoys pastel work and drawing and has provided private tuition to other local artists who have shown interest in traditional portraiture methods.

Helen has held many group and solo exhibitions in Australia and overseas and since 2000 she has had the opportunity to live New York on several occasions where she exhibited her artwork.  Her paintings now hang in private and business collections in Australia, the UK, France and the USA.

Helen’s artwork consists of still life subjects, landscapes and portraiture and she has taken many commissions from Australian and international clients.  For portraiture commissions, she’s happy to work from videos and photos if people are unable to sit, which allows flexibility.  For anyone considering a commissioned portrait, Helen’s amazing portraiture skills can be viewed at http://helenpaulucci.com/portraits/

Born in Malta, Chris migrated to Australia in 2009.  His love for the arts started when he was very young and at the age of 13, he attended the School of Arts at Palazzo de La Salle in Valletta, Malta.

Christopher’s innate love for painting has always remained.  Nature inspires him in many ways and as an artist he expresses himself in his paintings, especially when painting landscapes. His inspiration comes from his love of the arts, science, nature and what is around him. His preferred medium is oils as he appreciates the versatility of such a dynamic medium.

Although based in Sydney, Chris has travelled around Australia a great deal which has given him much inspiration and motivation.  His daily practice of painting has helped him develop his skills and knowledge especially the use of colour and the effects of light on various pigments.  He considers each painting as a challenge to create an illusion of light and a representation of reflected light from objects around us.

His former studies of classical arts, mainly drawing from life also contributed to his drawing skills and his keen eye for detail. During his studies he was influenced by the works of the great masters and especially the works of Caravaggio.  He is also influenced by the American landscape painters of the Hudson River school and by the Australian impressionists of the Heidelberg School movement.

Christopher’s works are found in private and corporate collections in Australia and Internationally. He also offers tuition through various workshops and conducts both private tuition and art classes for adults and Children at all levels.

We hope the month ahead is full of artistic inspiration. 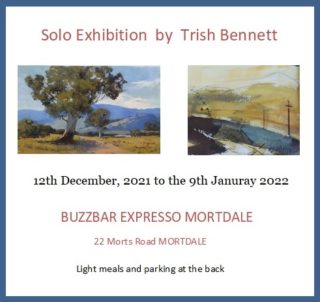