When reflecting on Australian landscape paintings, artists such as Arthur Streeton, Frederick McCubbin and Tom Roberts will likely spring to mind. These, and other accomplished landscape artists of the late 19th century and early 20th century, provided so much inspiration for our artists today.  And of course, our vast and beautiful country continues to provide endless inspiration.

Capturing the early morning mountain mist, tranquil country scenes and the amazing desert sunsets remains a challenge to many plein air painters. With landscapes our focus for August, we’re pleased to present the works of Diana Garth, Richard Chamerski and Winston Head, three highly skilled artists who expertly capture the essence of the Australian landscape.

Diana Garth has had a passion for painting for the past 40 years.  Although her preferred medium is oils, she also enjoys experimenting with other mediums such as mixed media and watercolour.

Diana enjoys plein air painting and ventures out at every opportunity to capture the true colours and atmosphere of rural farmlands and mountain scenes.

Over the years Diana has exhibited in many group and solo exhibitions has received numerous awards.

From the 13th August to the 1st September Diana’s artworks will be display at the Gallery One 88 Fine Art in Katoomba.  For full details of this exhibition and other upcoming events, visit her website at https://dianagarth.com/

More of Diana’s paintings are currently available at the Valley Vintage Gallery in Kangaroo Valley and the Baytree Gallery in Berrima.

Diana has a current publication in the August edition of the Home Beautiful magazine, and will have a further publication in Country Style Magazine in September.

Richard Chamerski was born in England in 1951.  Having always enjoyed painting and drawing, he studied commercial art and worked in advertising for a number of years before taking up painting full time in 1978.

Richard’s preferred medium is oils and his paintings are traditional impressionistic of our Australian  landscapes and seascapes in which he perfectly captures light and shadow.

Richard has exhibited in numerous group exhibitions and has held many successful solo exhibitions. His traditional Impressionist style of painting has earned him great praise, recognition and many first prize awards.  His work is represented in many collections throughout Australia and overseas.

In addition to Richard conducting several workshops and classes in the Macedon Ranges area, he has also produced a tutorial DVD ‘Australian Landscape Painting with Richard Chamerski’.

Winston Head grew up in Broadview, and now lives in Highbury, South Australia.  He is a self-taught artist who strives to show his experiences of the Australian outback through his artwork.

Winston began his working career at the SA Museum as an Exhibition Officer from which he initially experienced the South Australian outback through many scientific field expeditions across the Nullarbor and Simpson Deserts.  His fascination for the outback prompted him to make many visits to these areas to capture the amazing colours and dramatic light seen in his pastel and oil paintings.

Winston’s other artistic interests are in life drawing and painting.  He organises a weekly Life Sketch group through the Adelaide Art Society from which he is an active member and current group president. 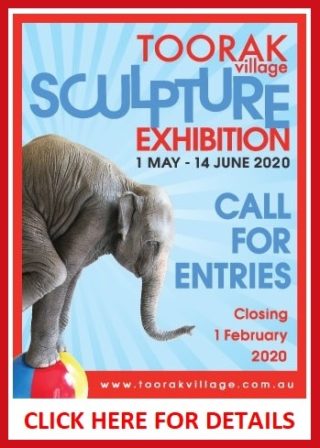